In early 2018, Nick Harris – Managing Director of Tamborine Studios – found himself having to move his existing Media City facility to an alternative premises. Given he was already juggling a busy workload, Nick wanted as simple as possible a process; minimising the need for his day-to-day involvement in the logistics of project management and physical relocation.

He also wanted a modular design, which would give him a degree of flexibility and future-proofing which his existing studio did not provide. Being a traditional build, there was no opportunity to repurpose any of this prior investment. This is in stark contrast to the Smart Studio system, which is movable by design.

“The install went very smoothly, with minimal disruption and no disturbance from construction noise”

In March 2018, having worked out a detailed design and costing proposal, Tamborine commissioned Smart Studio to undertake the project.

The site for Tamborine’s new studio was an eight-person office suite on the 6th floor of Media City’s White Tower. This is a multi-occupancy building populated mostly by office-based companies.  A common scenario, but certainly not ideal for the construction of traditional audio studios. Gone are the days of purpose built premises, constructed specifically for the task in hand. Nowadays it’s not unusual to find critical audio studios living alongside standard office facilities. This trend seems likely to continue.

As with all landlord-managed and multi-tenant buildings there are particular and non-negotiable protocols to be observed. As the building was live and occupied by other businesses, managing the delivery of materials to site was a major consideration. Here, the project management capabilities and experience of the Smart Studio installation team meant that all issues were identified in advance and mitigation plans developed, addressing all concerns.

Understandably for a commercial tower building, there was concern about the possibility of noise breakout between Tamborine’s new studio and all adjacent offices.  Not limited to neighbouring businesses on the 6th floor, there was also potential for noise impact to offices on the 7th and 5th floors.

Therefore, an initial aspect of the design was a series of acoustic calculations, modelled to assess the sound insulation performance of the proposed wall, floor and ceiling build-ups. Working with acoustic consultants iAcoustics, a sister company to Smart Studio, the required technical expertise was available to undertake this detailed acoustic work. The outcome was a report which demonstrated to all parties the sound insulation performance of the proposed studio, and – critically – its ability to ensure total isolation between Tamborine and its neighbours in all directions. 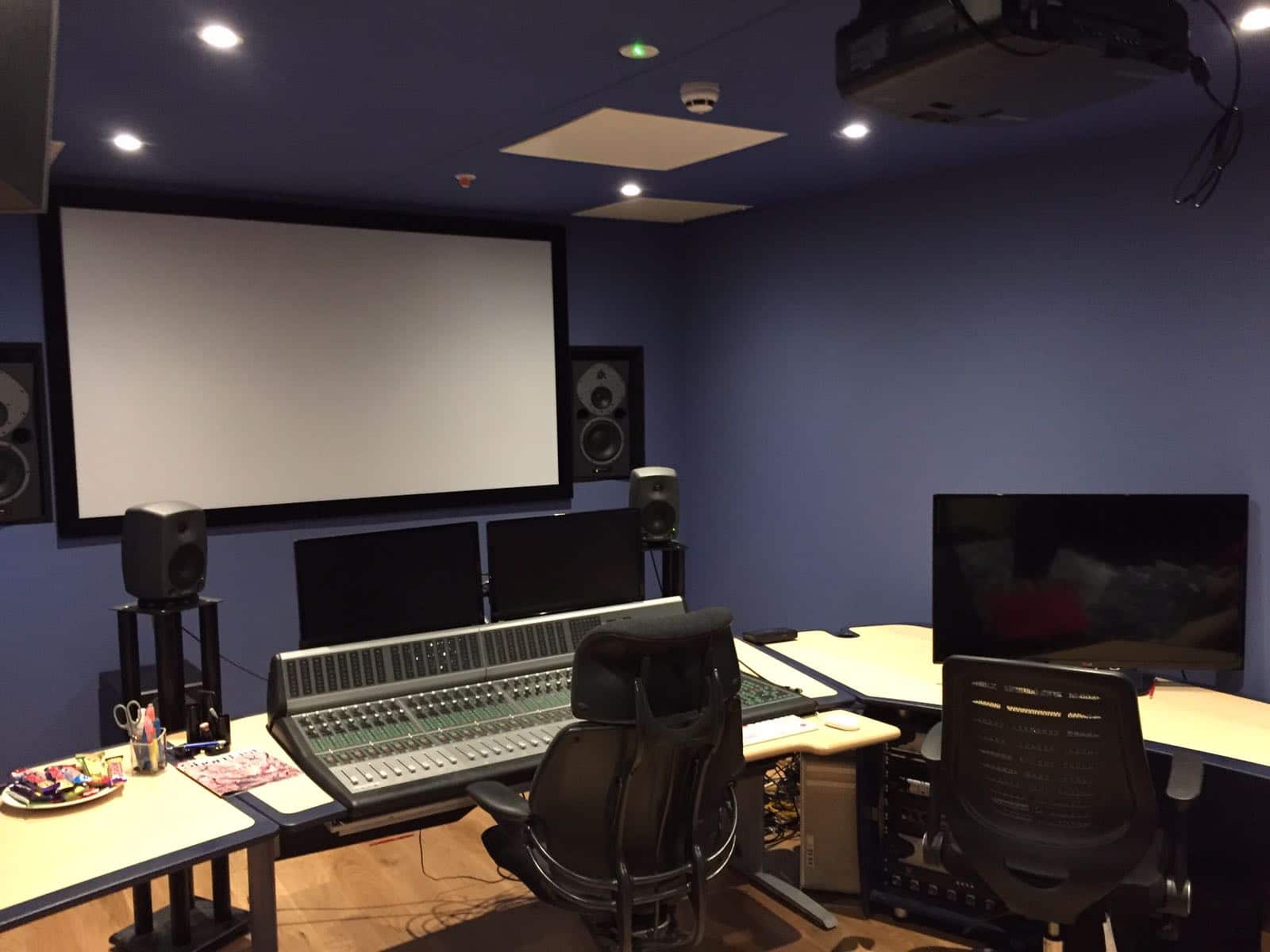 A further element of the project was the requirement to use the White Tower’s existing HVAC infrastucture, which was already installed and operational in the vacant suite. A typical studio install would require a specifically designed and installed, low noise a/c system. However, this is not a practical approach where facilities are already installed and running. Here again (with the assistance of iAcoustics), the existing plant and ducting arrangement was assessed in relation to noise levels produced.

With this information it was possible to review the existing HVAC installation and alter its performance in order to meet the NR20 noise requirements for a professional audio studio. This was all accomplished within the Smart Studio package – using the existing facilities, delivering the required performance and eliminating unnecessary expenditure on custom HVAC systems.

In early June 2020 the project was completed. Nick moved his equipment from Tamborine’s original studio into the new Smart Studio room in the White Tower. The overall install was completed without undue delay, as provision had been made during the installation for all necessary audio and video cabling. Such details often get lost in a traditional build, but the integrated Smart Studio approach ensures that the necessary connectivity is already in place.

Since opening, the studio has been in full production with no noise breakout issues for the many adjacent neighbours. In fact, Media City’s facility manager Lynn Haime commented “The install went very smoothly, with minimal disruption and no disturbance from construction noise”. Given that Lynn’s office is directly adjacent to the studio install, that’s a pretty good recommendation! 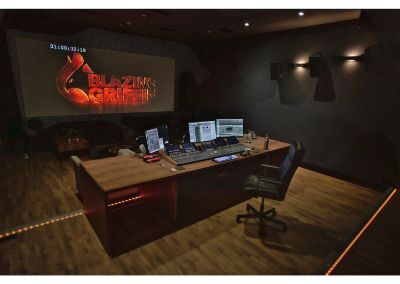 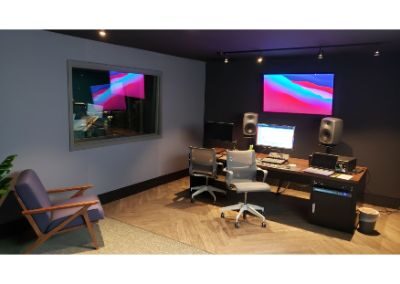